1 miles away from Port of Miami
Reasonable rates, free airport and cruise terminal shuttles and access to public transportation are the draws at the non-smoking Leamington Hotel. A block from Bayfront Park, the Leamington Hotel occupies a historic building dating from the 1920s. The 82 non-smoking rooms have streamlined decor and modern amenities like TVs with cable channels and free Wi-Fi connections. Beds are triple-sheeted for extra comfort. Complimentary coffee and tea are available in the lobby for whenever you need a pick-me-up. There are free daily shuttles to the cruise ship terminal and the airport. The Leamington Hotel is a half-mile from the American Airlines Arena, so this is a convenient spot for basketball fans or music lovers. It’s also an option if you’re shipping out, as the Port of Miami is a mile away. The First Street Station of Miami’s Metromover monorail is a block away. South Beach and its art-deco architecture are five miles east. Miami International Airport is seven miles west. The location “close to a lot of shopping” is a selling point for the Leamington Hotel, as is the “helpful” staff and the “nice” lobby 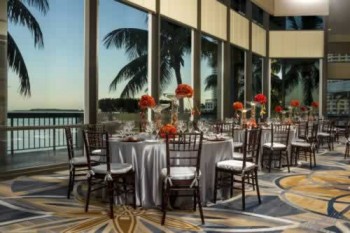 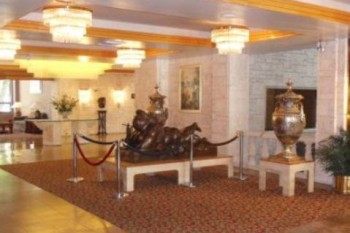 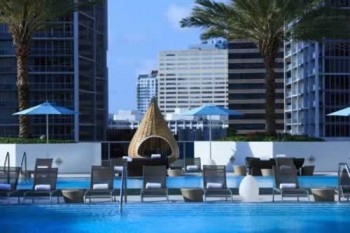